Tapirs as a group have changed little in the past 35 million years.

Their closest relatives are the horse and rhino. They are excellent swimmers spending most of their time in or close to water, eating aquatic plants and cooling down. When frightened, tapirs take to the water and breathe with their snout poked above the surface like a snorkel.

All You Need To Know

A relative of the rhino the Brazilian tapir, or lowland tapir, is one of four species of tapir.

Small eyes provide poor vision, but a sense of smell and hearing is acute. They communicate in a number of ways. A high-pitched whistle is one of the most common tapir vocalizations. A snort with foot-stamping usually means it is getting ready to defend itself. Urine marking is another important signal and tapirs make paths through the forest, sniffing along their route and identifying other tapirs in the area. Tapirs are solitary in the wild, pairing only to mate. After a 13-month gestation period, a single calf is born with white spots and stripes that mimic the dappled light on the forest floor so acts as camouflage. The thick, coarse neck mane helps protect against the neck bite of the jaguar, its main predator.

All four tapir species are endangered or threatened, largely due to hunting and habitat loss.

90% of The Lowland Tapir Conservation Initiative’s funding comes from zoos! 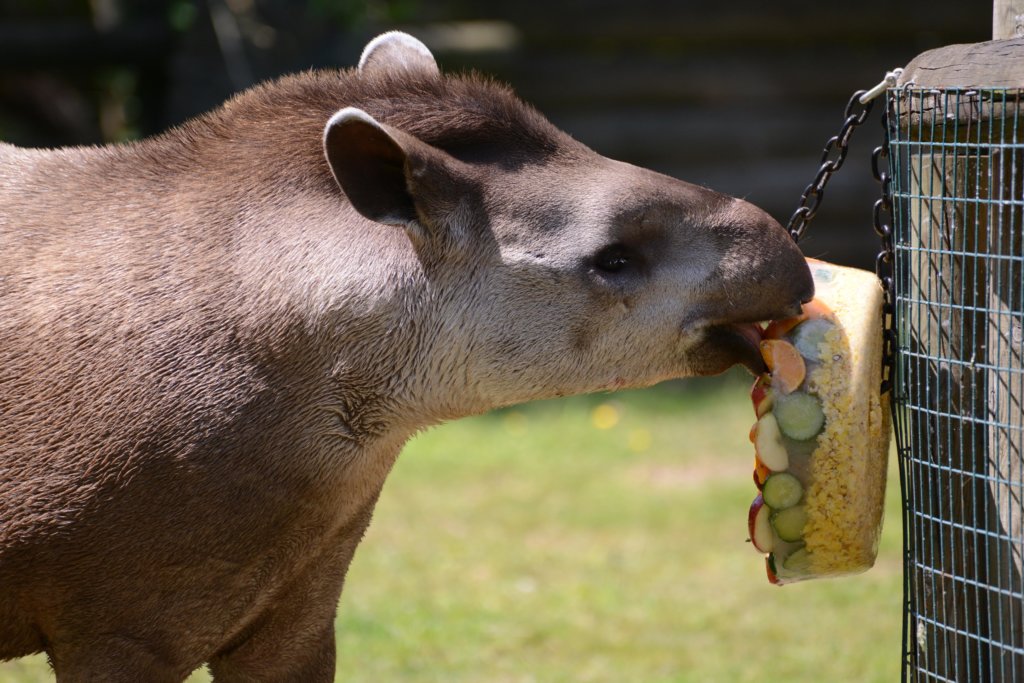 Family:
Tapiridae
Diet:
Leaves of small plants, shrubs, lianas and saplings of trees, as well as tree bark, reeds and fruits
Height:
2.4 to 4 feet
Life Span:
30 years+ in captivity
Number of Young:
One baby
Distribution:
Found in central and South America and Southeast Asia home to the Malayan tapir
Habitat:
No matter the region, all tapirs live in areas with a good water source, including woods, rainforests, mountains and grasslands.
Length:
Measure around 6 feet in length.
Weight:
Weigh between 150-250 kg
Did you know?
After tapirs eat fruit, the seeds pass through their body and can sprout into new trees.