The wolf is a large member of the canine family.

It is not known for sure just when the divergence occurred that split the ancestors of our domestic dog, C. familiaris, from the grey wolf, C. lupus, but it is thought to have occurred about four million years ago.

Wolves normally live in a group called a pack made up of 8-12 members, headed by an alpha male and alpha female.

The gray wolf is one of the world’s best known and well researched animals. There are probably more books written about it than any other wildlife species.

The gray wolf was once one of the world’s most widely distributed mammals, living throughout the northern hemisphere north of 15°N latitude in North America and 12°N in India. However, deliberate human persecution has reduced the species’ range to about one third, due to livestock predation and fear over attacks on humans. The species is now extinct in much of Western Europe, in Mexico and much of the USA.

In modern times, the gray wolf occurs mostly in wilderness and remote areas. They are found particularly in Canada, Alaska and northern USA, Europe, and Asia from about 75°N to 12°N. Wolf population declines have been arrested since the 1970s, and have fostered recolonisation and reintroduction in parts of its former range, due to legal protection, changes in land-use and rural human population shifts to cities. Competition with humans for livestock and game species, concerns over the danger posed by wolves to people, and habitat fragmentation poses a continued threat to the species. Despite these threats, because of the gray wolf’s relatively widespread range and stable population, it is classified as Least Concern by the IUCN. 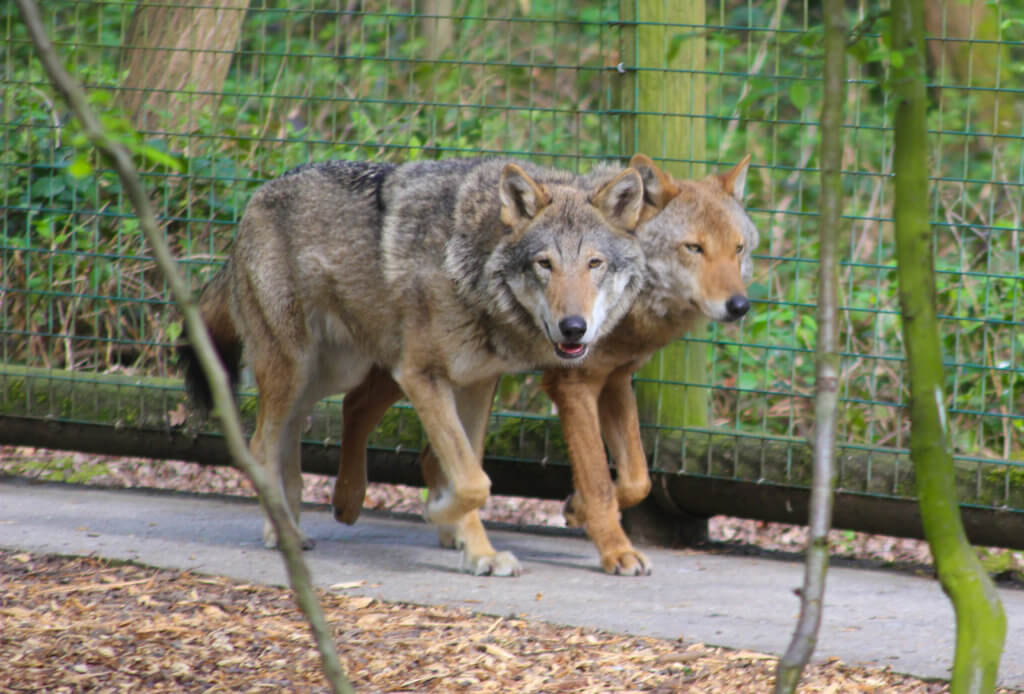 Family:
Canidae
Diet:
Beavers, rabbits, carrion, berries on their own but operate as a pack to bring down Moose, Elk, and ungulates, such as moose, caribou, deer, elk and wild boar, bison.
Life Span:
7-8 years wild | 20 years captivity
Distribution:
North America and Europe. Several Asian populations also exist
Did you know?
The lowest ranking member of the pack is called the Omega.