Maras are from the family Caviidae, which includes Cavies, such as their larger relative the Capybara, and Guinea pigs.

In the wild, they form livelong monogamous pairs and spend most of their time with their mate, travelling as a pair. Maras young, called pups, are kept in a communal burrow called a crèche. Up to as many as 15 pairs of Mara may deposit their young in one crèche. Mara pups are well developed and can start to graze within 24 hours of birth. However, they remain in the crèche for up to four months where mothers return several times a day to nurse their young. Maras usually produce two young per litter and produce three to four litters per year. 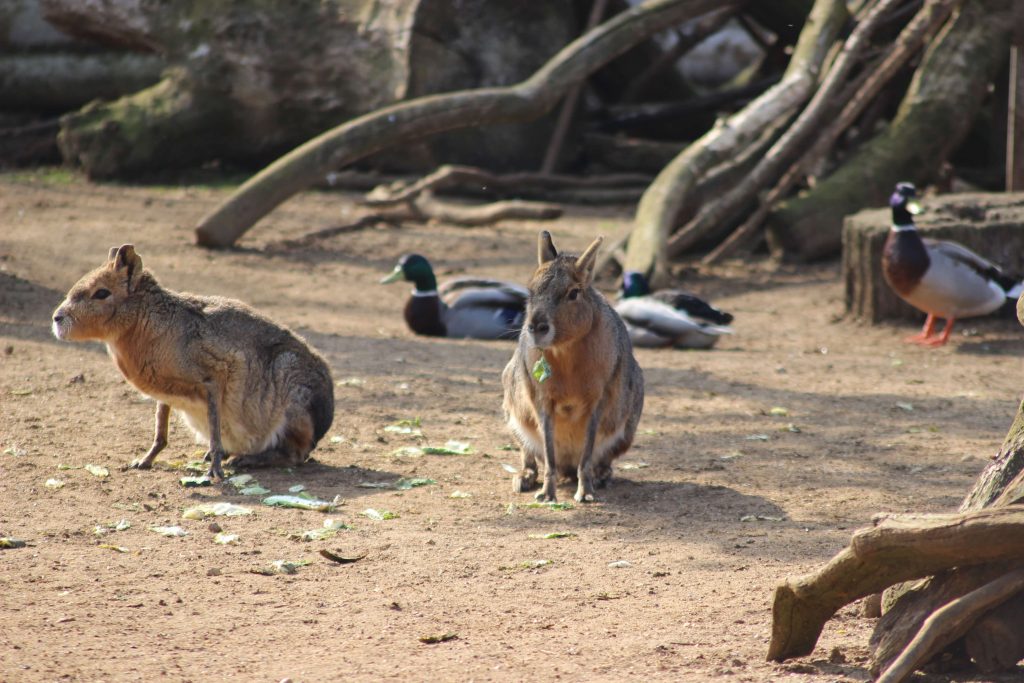 Family:
Caviidae
Diet:
Grazer, grasses and plants
Life Span:
5 - 7 years but have been known to live for up to 10 years
Distribution:
Central and Southern Argentina
Did you know?
They can reach speeds of up to 29 km/h

Dine 4 Wildlife
A true jewel in the Paradise Wildlife Park fundraising crown: Dine 4 Wildlife is back again for 2020! Dine4Wildlife is...
Paradise Pamper Evening
Join us in the Marquee Suite at Paradise Wildlife Park for our annual pamper evening. The evening will take place...
Zebra & Camel Weekend
Join us on the 18th and 19th July to celebrate Zebra & Camel Weekend here at Paradise. Over this weekend...
Tiger Weekend
Have you been to see our latest habitat at Paradise? When else would be the most apt time to go...
Primate and Rainforest Weekend
Go ape on the first weekend of August for our special Primate & Rainforest Weekend! Over this amazing weekend, there...
Disappointment hits Paradise
Paradise Wildlife Park had full hopes to be reopened with social distancing measures by June 2020. However, as the pandemic...
London Marathon Comes to Paradise
Paradise Wildlife Park calls on supporters to join The 2.6 Challenge from Sunday 26th April 2020 The UK’s charities need...
Meet our Keepers
Jamie   Jamie has been a zoo keeper at Paradise Wildlife Park for just under a year and he loves...
A Tiger’s Story by Rocky
Enjoy the incredible story of our special Amur Tiger called Rocky. Through Rocky’s eyes we meet his Russian cousin, Sampson....
Where does ZSH and PWP stand with the use of palm oil?
The Zoological Society of Hertfordshire (ZSH) and Paradise Wildlife park (PWP) are committed to supporting a shift in demand from...