The Lar gibbon, which is also known as the white handed gibbon was considered to make life-long pair bonds, but recent studies show how some serial monogamy with occasional partner changes and even non-monogamous groupings (10).

Generally, however, groups consist of a mated pair and their offspring. An elaborate duet sung between males and females is thought to maintain pair bonds as well as to mark and defend the pair’s territory. These gibbons breed year round, usually producing one young every two to three years.

Lar gibbons have the greatest north-south range of any of the gibbon species. The fur colorings of the Lar gibbon varies from black and dark-brown to light-brown, sandy colours. The hands and feet are white-coloured, likewise a ring of white hair surrounds the black face. Both males and females can be all colour variants, and the sexes also hardly differ in size. 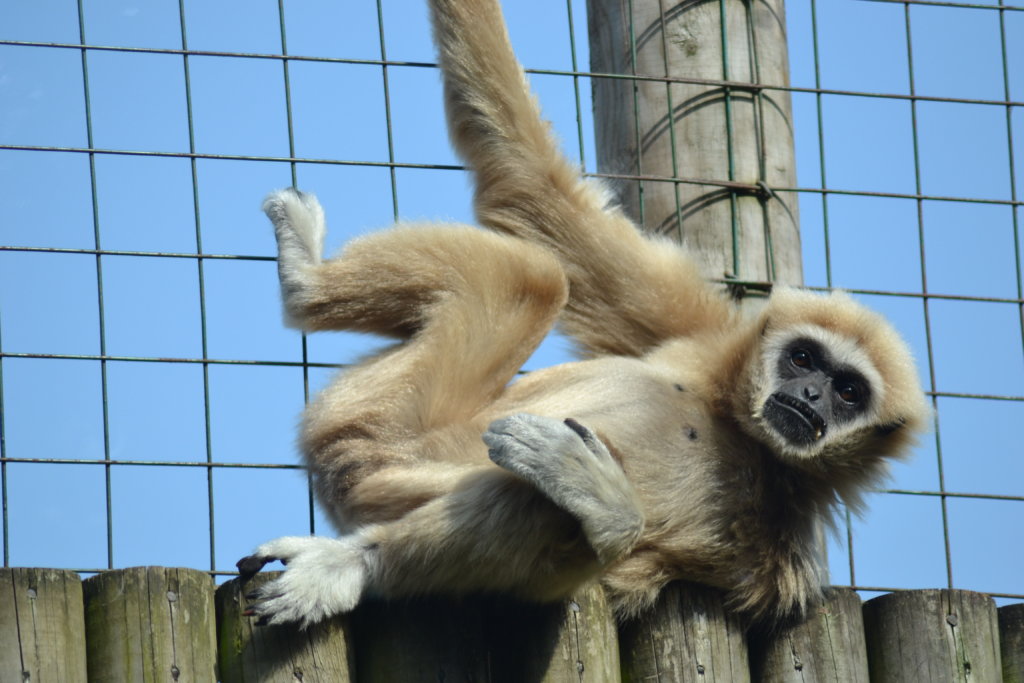 Wolf Weekend Returns!
Wolf Weekend returns this October! Join us on the weekend of the 23rd and 24th of October for this howl-tastic...
Halloween at Paradise
Halloween is hitting Paradise Wildlife Park bigger and better than ever! Complete with the incredible after hours event, Dinos After...
Dino’s After Dark
Dinos After Dark  The really popular Dinos After Dark is back again this year for another exclusive after hours event...
Christmas at Paradise
We are giving our visitors something to look forward to this Christmas! Entry to Santa’s Grotto is included with...
Celebration of Speedway
Join us at Paradise Wildlife Park – the home of the National Speedway Museum on Sunday 20th February 2022 We...
CBBC One Zoo Three New Series!
Paradise Wildlife Park and The Big Cat Sanctuary are excited to announce that Cam, Tyler and Aaron Whitnall are back...
Congratulations to our sister Charity The Big Cat Sanctuary!
We are excited to announce that our sister charity The Big Cat Sanctuary has welcomed the birth of a rare...
International Sloth Day!
It’s International Sloth Day! On International Sloth Day on the 20th of October, sloths take centre stage to raise awareness...
Paradise Lagoon Closed for Winter Months
Please note that our Splash Zone: Paradise Lagoon is now closed for the Winter months.   We hope you enjoyed...
Wolf Weekend Arrives!
We are excited to announce the return of our annual Wolf Weekend this October. Join us on the weekend of...