The Indominus Rex is a man-made hybrid dinosaur.  It was created with the DNA of other species of theropod dinosaurs (which include Carnotaurus, Giganotosaurus, Majungasurus, Rugops, Therizinosaurus, Velociraptor and Tyrannosaurus Rex), as well as modern animals such as cuttlefish, tree dart frog and pit viper.  It is known that the Indominus Rex was designed to be the most dominant of the dinosaurs in size and intelligence, and the deadliest of them all.

At a cursory glance, it resembles a freakishly large albino Tyrannosaurus Rex with longer arms resembling those of Velociraptor nublarensis, but closer inspection betrays her chimeric nature. Unlike a Velociraptor, her rugged, horned head proudly hallmarks to her Carnotaurus heritage.  The Indomininus Rex possesses rows of jagged, gnarly teeth, and her mouth bleeds profusely, as a result of her teeth cracking and growing in random directions. Fitting for dinosaurs born to scare visitors, her eyes are firey red in colour. 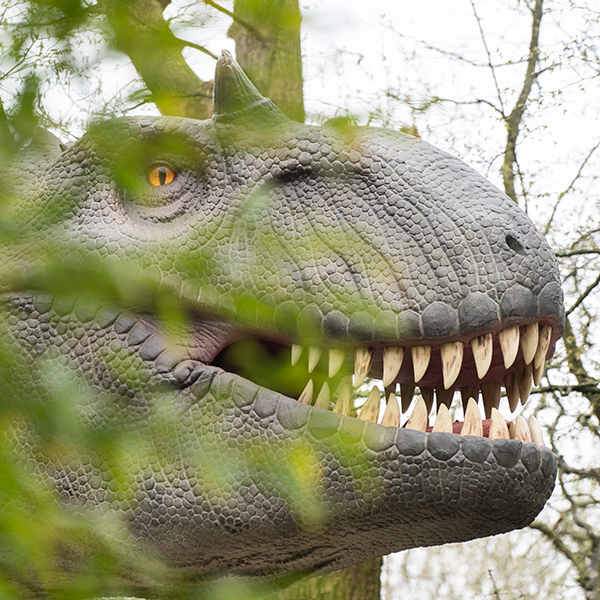