Brand New Series Three of One Zoo Three is HERE!

Paradise wildlife park is excited to announce that One Zoo Three returns to our screens with 11 new episodes from Series Three. Based on the backdrop of the World of Animals and World of Dinosaurs here at Paradise Wildlife Park in the heart of Hertfordshire and our sister site The Big Cat Sanctuary in Kent, this fun, educational series returns with a bundle of new additions and even more adventures! 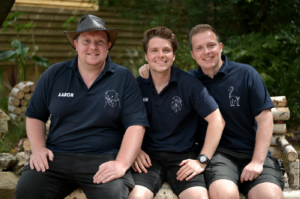 The CBBC-led show follows brother’s Cam, Tyler and Aaron on their wild adventures that take them further than ever before! From coming face to face with Bengal tigers in the wild to visiting conservation partners in India, meeting the incredible individuals whose daily task is protecting their diverse wildlife. Tyler from One Zoo Three stated: ‘It’s a fun way for young viewers to engage and learn about wildlife, nature and conservation, which is really important to us’. 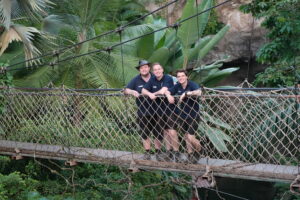 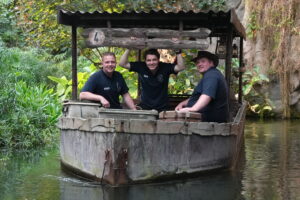 One Zoo Three continues to bring us behind the scenes footage in an educational fun way, whilst still driving home the mission to protect and conserve the natural world and highlighting the amazing works of good zoos. Series three will also follow the brothers as they are invited for a behind the scenes tour at one of Europe’s most forward thinking zoos, Leipzig Zoo. Here, the team introduce Cam, Tyler and Aaron to some of their largest members and even some of their most endangered animals. Viewers of this series will get an up close and personal encounter with some of the world’s most elusive species, even the birth of a red panda cub, whilst learning about the high quality of welfare provided and their unique behaviours.

Aaron from One Zoo Three states: ‘One Zoo Three has been life changing and it’s been wonderful to see how many people enjoy the show and really feel like they are learning from it too!’

The collection of 11 episodes will be available on BBC iPlayer from the 30th of January and the CBBC channel from 5:35pm, along with every previous episode from series one & two also available. Don’t forget to catch up with all episodes on BBC iPlayer now. Paradise Wildlife Park will continue to share updates and the brothers adventures through our socials and website. 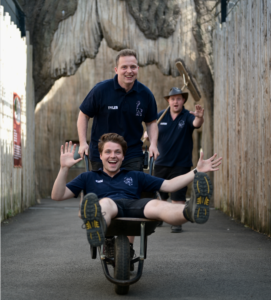