Jessie’s Feline Fine on her Birthday!

Today we are very excited to wish one of our most loved animals at the Zoo a very Happy Birthday! Our beautiful snow leopard Jessie, is turning 8 today!

Jessie was born at Welsh Mountain Zoo on the 28th of April 2014. In 2015, Jessie arrived here at the Park and was introduced to Panaj to become a new breeding pair in the Eaza Ex-situ Programme (EEP). The EEP aims at conserving healthy populations of animals in captivity, safeguarding the genetic health of species. When she arrived, Jessie spent the first 5 months trying to avoid Panja at all costs. Our zookeeper team worked hard to put both at ease and allowed Jessie to learn when Panja was coming into the enclosure with her, so she could relax enough to start making the habitat part of her new territory. Over a few months, they started to become more accustomed to each other but still with minimal contact. In April 2016 when Jessie reached sexual maturity, hersellf and Panaja became closer and started mating. This was the turning point in their relationship, and they have been inseparable ever since. 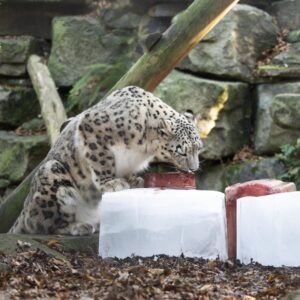 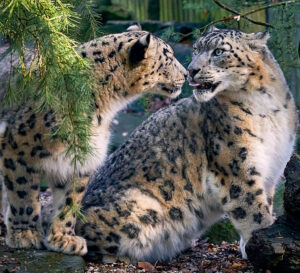 Jessie has become loved across the whole park and even the world, with her playful antics. From her zoomies around the habitat that she loves to show everyone  to her love of enrichments. Jessie definitely knows she is in charge between her and Panja and will always be the first to inspect the enrichment or new changes within their habitat. The affection Jessie now displays towards Panja has sparked the hearts of the world, with their nightly snuggles being seen through our CCTV cameras and they are definitely seen as couple goals throughout the Park. When you come to visit our famous couple, they are never far apart from each other, unless Panja has been told off. Jessie and Panja are usually found sleeping on one of their high platforms together which gives them a great viewing point for watching the world go by and people watching. Even here at Paradise Wildlife Park, their natural camouflage can help them disappear in their habitat and can be often hiding on their rocks or amongst the foliage, be sure to look everywhere for them.

We hope in the future to have the pitter patter of tiny paws but aside from this Jessie and Panja play a vital role as ambassadors for their wild counterparts. With only an estimated 4000 -7000 snow leopards left in the wild today, it is vital that we protect the species from the many threats presented out in the wild. Paradise Wildlife Park directly supports the Snow Leopard Trust. The Snow Leopard Trust is a leading snow leopard charity protecting snow leopards throughout their natural habitats in the mountain ranges of central Asia, working in 12 countries that have known snow leopard populations. With snow leopards mainly being found in the high Himalayan Mountain range which borders 13 different countries, they are not the easiest animal to protect as they frequently cross borders bringing difficulties to conservationists trying to protect them. However, with efforts such as the Snow Leopard Trust, we hope this species can thrive once more in their natural habitat. 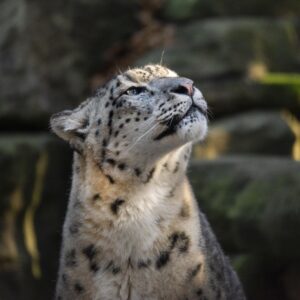 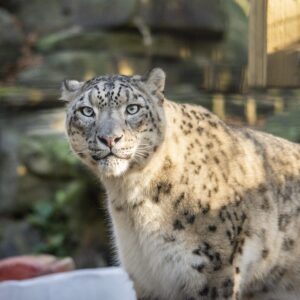 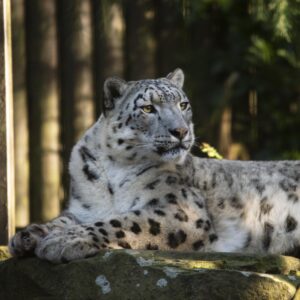