The Red Panda Cub who stole the hearts of the world!

On the 16th of August 2022, here at Paradise Wildlife Park we announced some incredible and exciting news that not only took the world by storm but managed to capture the hearts of millions in the process. Our endangered red panda; Tilly, gave birth to a ‘miracle’ cub one month after the devastating passing of beloved Nam Pang, creating a lasting legacy in his honour here at Hertfordshire’s number one Zoo.

This story was told from England to Australia, America to Asia and in a matter of hours had become a beacon of hope and a defining moment in conservation of the species. As not only was the story of the birth told across the world but the conservation status of the species was discussed and we hope this will be a catalytic shift in efforts to spread awareness for the protection of red panda’s as a whole. 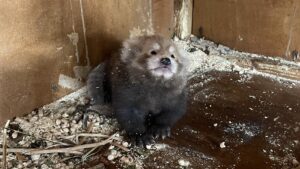 In the early hours of 16th of July on one of the hottest days and weeks in UK history, the zoo’s CCTV cameras captured the incredible moment when Tilly gave birth to a miraculous, beautiful and healthy cub. ‘Little Red’ has continued grow healthy and strong and has developed strong colours and markings. ‘Little Red’ has gained a cheeky personality and is keeping mum Tilly on her toes with their cheekiness. Tilly has continued to be a brilliant mother as expected by her keepers and has been seen by the public taking restful naps in the sunshine as well as venturing into the next boxes to check on the cub. The cub is still currently remaining in the nest box for another couple of months but we all can’t wait to see ‘Little Red’ make their entrance to the world. 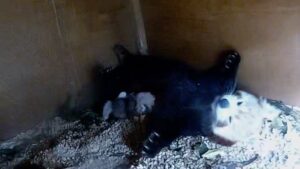 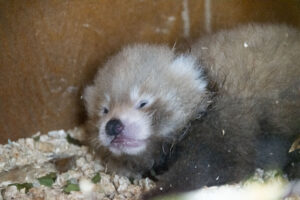 Tilly and Nam Pang (Little Red’s father) were part of the international breeding program, whilst they had not successfully conceived over the past four years of being together, this moment struck hearts of the world. As with Nam Pang’s passing a month prior to the cub’s birth this birth became a happy end to a story that had previously broken the hearts of many. Aaron Whitnall, star of the CBBC show One Zoo Three states: ‘This cub has become a symbol of hope, after the tragic passing of Nam Pang, for his memory and legacy to live on, is more than we ever expected.’ The birth of ‘Little Red’ creates a beautiful ending for a tragic heartbreaking story that shocked the community in the month of June. Red pandas are naturally solitary animals and often only come together when mating season is present, Tilly has continued to show no signs of distress or un-comfort after Nam Pang’s passing. 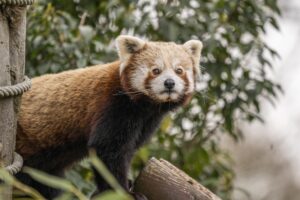 Did you know you can Meet the Red Panda’s here at the zoo? Check out the experience HERE!

Here at our Hertfordshire Zoo we are part of the European Ex-Situ Breeding Program to help create a safety net for endangered species in the wild. Red Panda’s are classed as an Endangered species on the IUCN Red List, with around less than 10,000 remaining in the wild. They are highly threatened due to deforestation and illegal pet trade. The Park works closely with the Red Panda Network to help conserve and protect this species. You can do your part through adopting our Red Pandas which directly supports conservation! 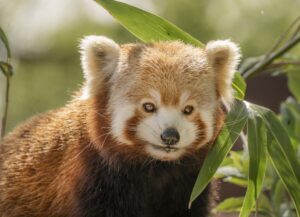 PLEASE NOTE ‘LITTLE RED’ IS CURRENTLY NOT ABLE TO BE SEEN AND WILL BE IN THE NEST BOX FOR THE NEXT COUPLE OF MONTHS!