Each year on the last Friday of October, Lemurs take centre stage to raise awareness for the species and to highlight the importance of lemur conservation and protection of their sole natural habitat; the island of Madagascar. Paradise Wildlife Park the Zoological Society of Hertfordshire comes together today on the 29th of October to celebrate World Lemur Day, to aid the importance of efforts to protect and preserve the Madagascan ecosystem including the species of lemurs. 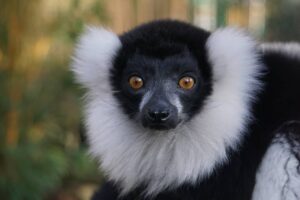 World Lemur Day emphasises the importance of working towards raising awareness of the current impacts of Madagascar, especially in Southern Madagascar where they are on the brink of a climate change-induced famine as well as, the need to protect the ecosystem of the island as a whole. Lemurs play an important role as they act as an umbrella species for the entity of Madagascar. Through their conservation, they aid in the protection of the wider ecosystem which over 80 per cent is not found anywhere else in the world. Paradise Wildlife Park has previously held a Lemur Weekend where we have raised over £1000 for GERP, a conservation charity at the heart of Madagascar. GERP aims to promote studies and research on lemurs and their habitat in order to preserve them whilst working with local communities to strengthen the understanding of the importance of diversity in the ecosystem on the island. This weekend on the 30th of October we will be once again celebrating World Lemur Day, with all proceeds going to SEED, another charity devoted to restoring the island; Madagascar. SEED’s mission is to alleviate poverty which is currently is endemic to southern Madagascar whilst conserving the unique, biologically rich, and greatly endangered forest environments. 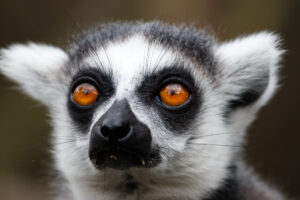 Across all lemur species, 31% are listed as endangered on the International Union of Conservation of Nature (IUCN) and 98% of them are threatened. This has been caused due to human interference on the island such as deforestation. Madagascar has lost 44% of its natural forest since 2000 directly impacting numbers of lemurs. Lemurs play an important part in maintaining the balance of the ecosystem, as fruit lovers they spread the seeds acting as natural fertilisers of the forests and are vital for the continuation of the Madagascan ecosystem future. 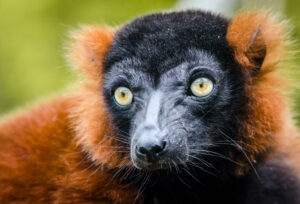 Here at Paradise, we are home to four species of lemurs including our groups of red-ruffed and black and white ruffed that are classed as critically endangered. All our lemurs here at the park are a part of the European Endangered Species Programme (EEP) which aims to protect the genetic diversity of species. Our Lemurs also act as ambassadors for their wild counterparts, helping to educate visitors through their daily behaviour and our zookeepers lemur talk that happens at 12pm each day, where you can learn more about the species. Lemurs have very unique characters and love nothing more than lounging in the sunshine. Albert, one of our red-ruffed lemurs can often be found snoozing in the sunshine and ignoring the rest of the group when they argue.

You can show your support for lemurs this World Lemur Day by visiting us for Lemur Weekend on the 30th of October 2021 for fun games and a lemur stall. You can also adopt a lemur as well as, visiting us here at Paradise where your donations directly help conservation efforts in the wild. We hope that this species can thrive once more in their natural habitat as well as, the people of Madagascar and the island as a whole be restored to its incredibly diverse beauty. 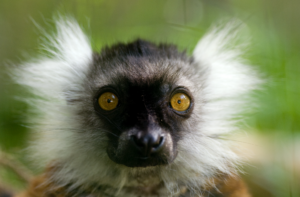