All gibbons are classified as endangered.

They move and feed mainly in the upper and middle levels of the canopy and almost never come down to the ground. Families often feed together in trees.

Like all gibbons, White-cheeked gibbons live in small, monogamous families composed of a mated pair and up to four offspring. They are physically independent at about three, mature about six and usually leave the family group at about eight, though they may spend up to ten years in their family group. The White-cheeked gibbon has extremely long arms and legs. The male is black and the female is a cream colour. They have patches of lighter fur on their cheeks, though this is hard to distinguish on the female. 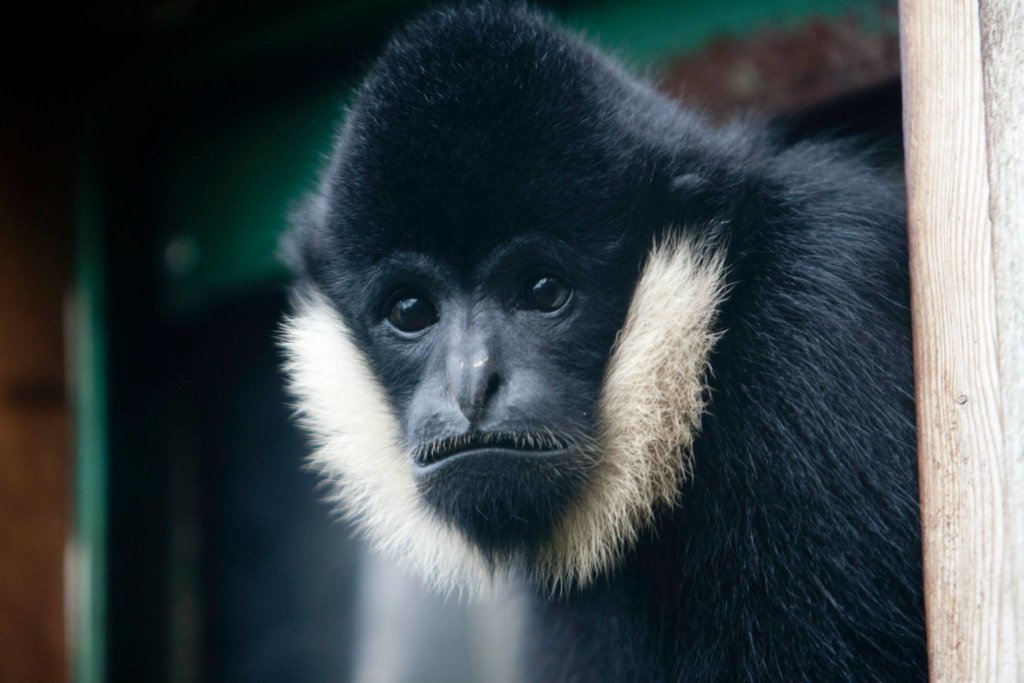 Family:
Hylobatidae
Diet:
Mostly ripe fruits, leaves, and a small amount of invertebrates.
Life Span:
28 years wild | 50 years captivity
Distribution:
Laos, Vietnam, and southern China in evergreen tropical rainforests and monsoon forests.
Did you know?
They can cover more than ten feet in a single swing between branches, and leap 20 feet from a standstill.

Wolf Weekend Returns!
Wolf Weekend returns this October! Join us on the weekend of the 23rd and 24th of October for this howl-tastic...
Halloween at Paradise
Halloween is hitting Paradise Wildlife Park bigger and better than ever! Complete with the incredible after hours event, Dinos After...
Dino’s After Dark
Dinos After Dark  The really popular Dinos After Dark is back again this year for another exclusive after hours event...
Christmas at Paradise
We are giving our visitors something to look forward to this Christmas! Entry to Santa’s Grotto is included with...
Celebration of Speedway
Join us at Paradise Wildlife Park – the home of the National Speedway Museum on Sunday 20th February 2022 We...
CBBC One Zoo Three New Series!
Paradise Wildlife Park and The Big Cat Sanctuary are excited to announce that Cam, Tyler and Aaron Whitnall are back...
Congratulations to our sister Charity The Big Cat Sanctuary!
We are excited to announce that our sister charity The Big Cat Sanctuary has welcomed the birth of a rare...
International Sloth Day!
It’s International Sloth Day! On International Sloth Day on the 20th of October, sloths take centre stage to raise awareness...
Paradise Lagoon Closed for Winter Months
Please note that our Splash Zone: Paradise Lagoon is now closed for the Winter months.   We hope you enjoyed...
Wolf Weekend Arrives!
We are excited to announce the return of our annual Wolf Weekend this October. Join us on the weekend of...