One Zoo Three is HERE!

Paradise Wildlife Park and our sister site The Big Cat Sanctuary are excited to announce that the brand-new series of One Zoo Three on CBBC and iPlayer is bringing you 13 episodes at 22 minutes long this July with more episodes coming later in the year and 2023! 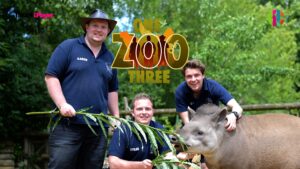 Join the brothers, Cam, Aaron and Tyler as they take on new adventures around Paradise, as well as introduce our sister charity The Big Cat Sanctuary based in Ashford, Kent. Passionate about the animals in our care and global conservation efforts, the brothers and our team of amazing keepers show how they set out to provide the best quality welfare for endangered species and implement ambitious improvements coming to Paradise Wildlife Park and The Big Cat Sanctuary.

One Zoo Three brings into your home the hard work and passion that goes into the running of a zoo in a fun and educational way. Tyler Whitnall, one of the brothers states that: My brothers and I hope to inspire more children to become conservationists and get involved with protecting and learning more about nature and wildlife. With over 800 rare and exotic animals, there is never a dull moment to learn something new and interesting including Whose Poo? And Cam’s Cam where the brothers will learn themselves and teach audiences more about the animals through various behaviours and antics. 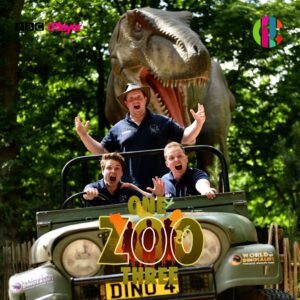 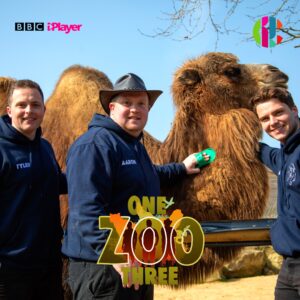 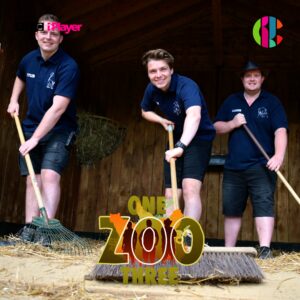 The show will also take viewers behind the scenes at the exciting new additions coming to Paradise Wildlife Park and the small cat’s project at The Big Cat Sanctuary. With the constructions of Jaguar Jungle and Sun Bear Heights projects continuing to come to life throughout the brothers filming, there is a sense of excitement humming in the background as the newest additions are set to arrive.

Launching on Monday 11th of July at 5:35pm on CBBC and BBC iPlayer 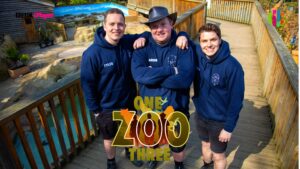 CATCH UP ON SERIES ONE HERE